How To Hook Up At The Christmas Party

It’s that time of year again, holiday music is blaring, Christmas jumpers are on display and the Christmas office party is soon approaching. It’s only fitting that you celebrate the most festive time of the year with work colleagues you spend most of your time with outside of family and friends.

Let’s face it, Christmas is a popular time of year for men and women to hook up and spread a different kind of cheer. With that much Christmas entertainment, lapse of judgement can come into play.

A survey by Business Insider, shown a third of people revealed they’d slept with a co-worker after the annual Christmas party, while 60 per cent said they’d gone for a snog.

Meanwhile, two million Brits have admitted to hooking up with an office crush, while a survey of 1,168 office workers in England discovered that 48 per cent admitted they would go all the way with a co-worker during or after an office Christmas party.

Those aged 25-34 were the most lucky to get lucky, with a presumptuous six per cent even considering booking a hotel room to continue the festive flirtation.

A spokesperson from Hotels.com mobile app, who conducted the survey, said: ‘It’s understandable that hard-working Brits want to let their hair down and the Christmas party is the perfect opportunity for this to happen. However, if you do find yourself getting into an embarrassing situation, having a phone handy can help get you away quickly and easily- from booking a cab to finding a hotel at the click of a button.’

If you plan on seducing the hot guy from the graphic design department or the cute girl down in HR, don’t let your drunken escapade at the Christmas party turn into a night of serious regret. Follow these dos and don’ts for a festive night:

If you plan on seducing the hot guy from the graphic design department or the cute girl down in HR, don’t let your drunken escapade at the Christmas party turn into a night of serious regret. 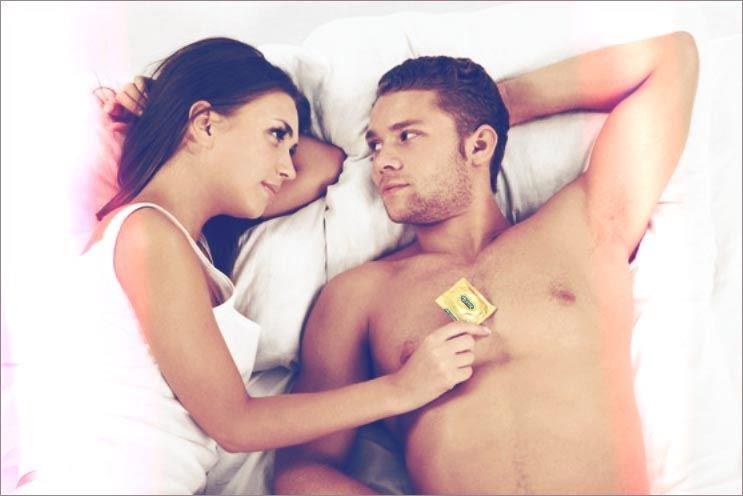 Go for it, but be aware of what lies ahead. Make sure that your casual office romance doesn’t affect either your personal or professional life.

Acrobatic sex positions for you and your partner to try! While old favourites…
READ MORE